This morning, Railblazer was announced for California’s Great America. 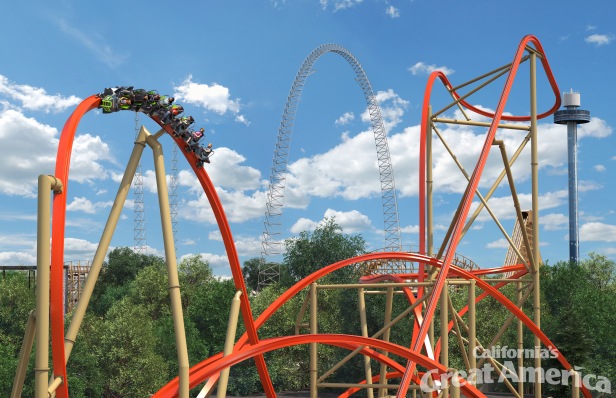 Railblazer will be 1,800 feet long, 108 feet tall, will have three inversions and reach a maximum speed of 52 MPH. 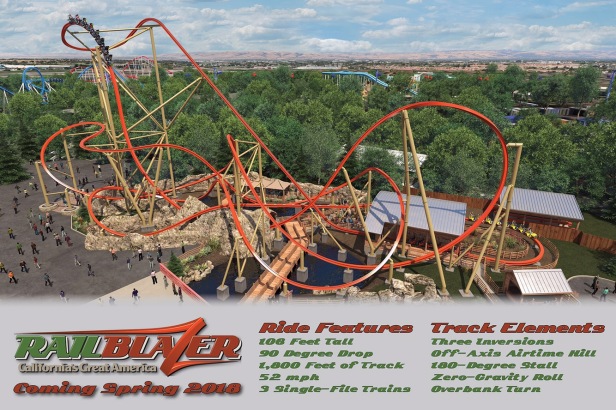 This ride will be going into the spot where Invertigo once was, across from Demon and directly next to the park’s Food Festival. 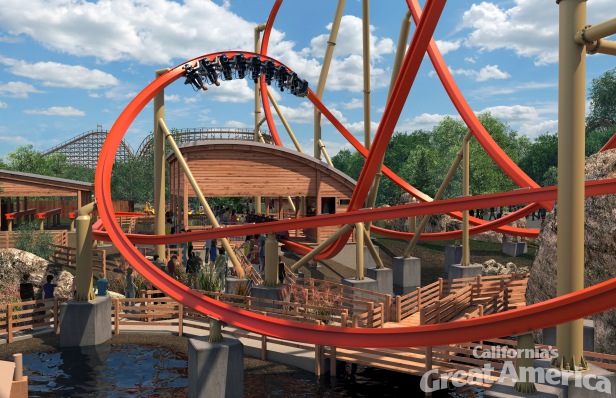 Railblazer is the Triple Out model released by Rocky Mountain Construction, and is a mirror image of Wonder Woman Golden Lasso Coaster coming to Six Flags Fiesta Texas. It remains to be seen which of these two will open first and become the first ever RMC Single Rail Coaster.

Included here is a POV of Railblazer:

Thank you for checking out this article. Season passes (and all season fast lane) are now available at cagreatamerica.com