Six Flags Over Georgia announced that they will be adding Twisted Cyclone, a daring new RMC creation. 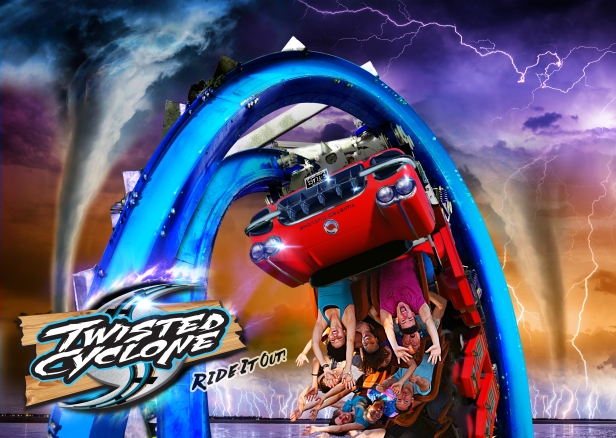 Twisted Cyclone will have a 75 degree first drop from 100 feet and will feature the first ever Reverse Cobra Roll. 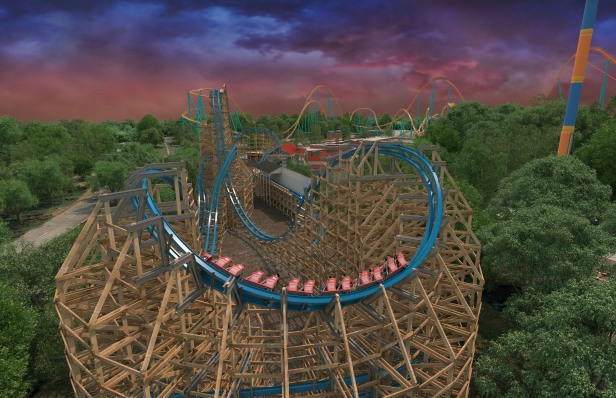 Six Flags Mexico will be adding Wonder Woman Coaster, Mexico’s first 4d rolleroaster.  Riders will be lifted up a 90 degree lift hill before plunging through a circuit filled with twist and turns and spin uncontrolled 360 degrees. 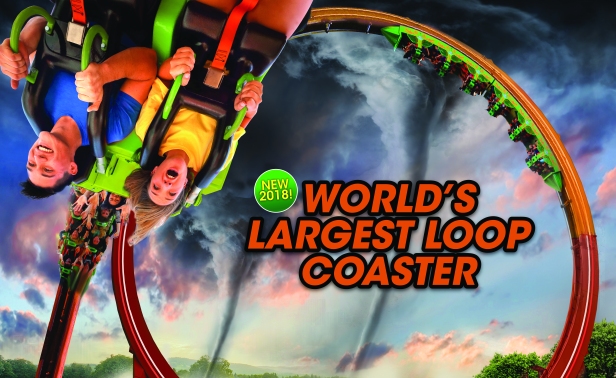 Six Flags Great America in Gurnee, Illinois announced today that they will be adding the World’s Largest Larson Super Loop.  The ride will be going in the Mardi Gras section of the park and will stand 100 feet tall.  The name of the ride is yet to be announced.

Crazanity will be locates in the all new Boardwalk area towards the back of the park. 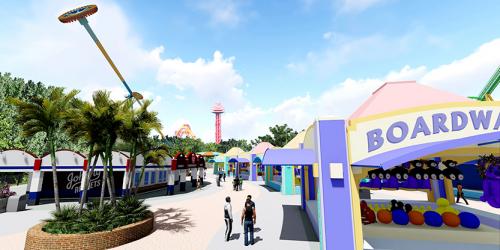 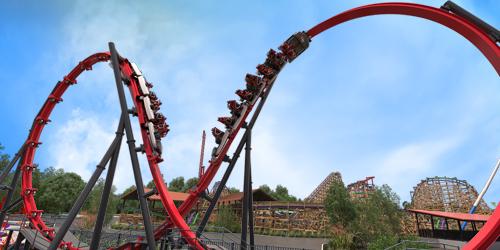 Riders will reach a top speed of 75 mph as they go flying at eachother and twisting through inversions.

Harley Quinn Spinsanity will be located next to The Joker at Six Flags Over Texas. 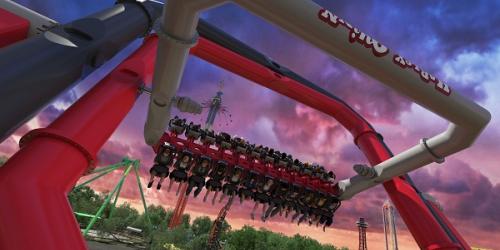 Riders will be flipped multiple times and will reach a maximum height of 70 feet.

Cyborg Cyber Spin will be the world’s first ride themed to Cyborg.

Also of note is the ride’s red color scheme, which contrasts the usual blue and gray associated with Cyborg.

Six Flags America will be adding Wahoo River, a lazy river to their Hurricane Harbor waterpark.

The Great Escape will be adding Pandemonium, a new take on a classic thrill ride that will spin 24 riders around and tilt, spin, and lift at all angles

La Ronde will be adding Carnaval en Folie, with 3 new family rides that have yet to be announced.

Tank you for checking out this article!