With some free time on my hands, I thought I would check out Railblazer, Logger’s Run deconstruction, and the rest of park maintenance this weekend.

Flight Deck’s pond has seen better days, as with all the recent rain, a fair amount of mud has gotten into the pond and made it brown.

All of Logger’s Run has been torn down except for the top part of the ride, which still for now exists as the crews will have to work around Boomerang Bay. 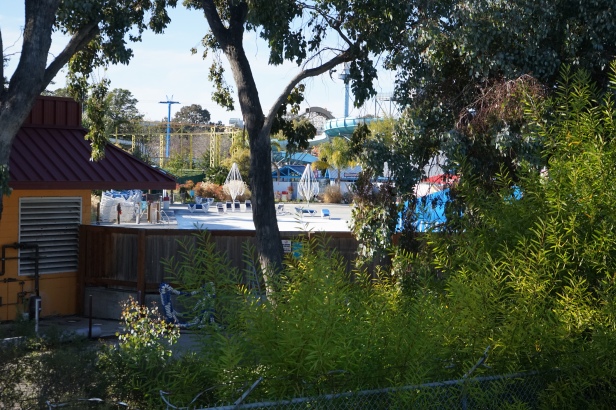 Boomerang Bay’s wave pool has been completely drained, and will likely stay that way until water park season kicks off Memorial Day weekend. 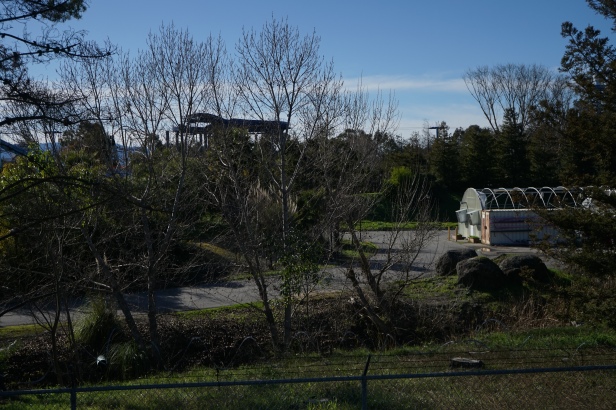 Work goes on near the retention pond too growing some new plants for the upcoming season.

Near the back of the park at the Maintenance area, you can see Flight Deck’s train parts being disassembled to be tuned up for March 24th.

Work also continues on an expansion to the pavilion near the hill where the park launches fireworks.  It will be interesting to see how this expansion looks combined with the already large event space.

Santa Claus is still coming to California’s Great America, as he still remains on top of Gold striker’s first drop. 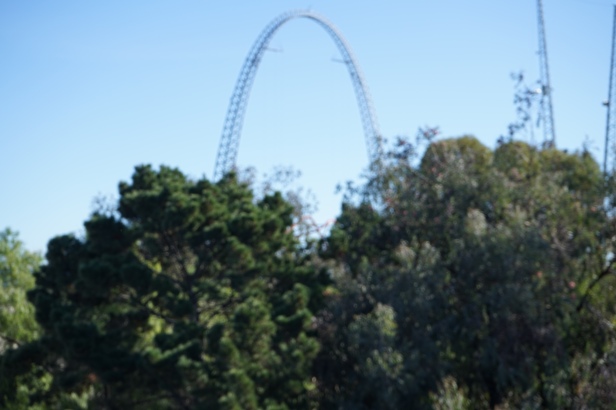 And finally, a look at Railblazer from afar (back middle).  As many of you already know, Railblazer has recently completed track work, so be prepared for some more detailed work to go on soon, and hopefully a closer look at the NorCal ACE Behind The Scenes tour!

Thank you for checking out this article. Make sure to also check us out on Instagram.