While California’s Great America is now open for the 2018 season, work still needs to be done on Railblazer to get it ready for it’s opening this spring.  This update will be composed of two parts, a look at the construction and a look at all of the new merch for Railblazer! 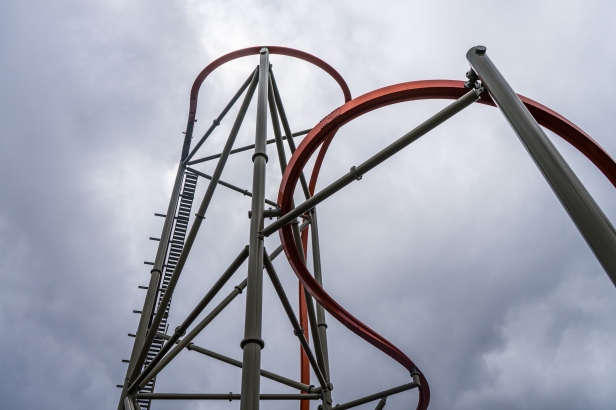 Here is a look at the first drop and lift with catwalks now!  I love how twisted the supports are to keep the ride compact.

Work was being done near the first drop on the tunnel, which is sure to be amazing.

The rain pouring down hard on opening day gave a good impression of what the lake is going to look like once there is water in it, with a beautiful reflection.

Here is a look at the second part of the ride, which has progressed nicely.  It should also be said that while the ride does fly incredibly close to the queue, there will most likely be nets to protect from flying loose articles.

Another look at the tunnel and drop.  If you need any example of how insane the supports on this ride are, look no further than the final supports on the lift, which jut out from the huge drop structure.

A closer look at the station.

This ride comes so close to colliding at some points, specifically here with the drop and brake run. On the right, work can be seen on the path which will bring you from the midway.  I hope that the exit is really close to the entrance so it is easier to run up Fast Lane multiple times!

And finally, a look at the beginning of the queue over water.  On the left is the normal line, and on the right is the Fast Lane line.  The left side will eventually split up and go into some switchbacks, while the right will go straight up to the station.

Now, let’s take a look at some of the merchandise inside Inside CGA for Railblazer!  I will just post a few pictures of the merch down here and let it speak for itself. 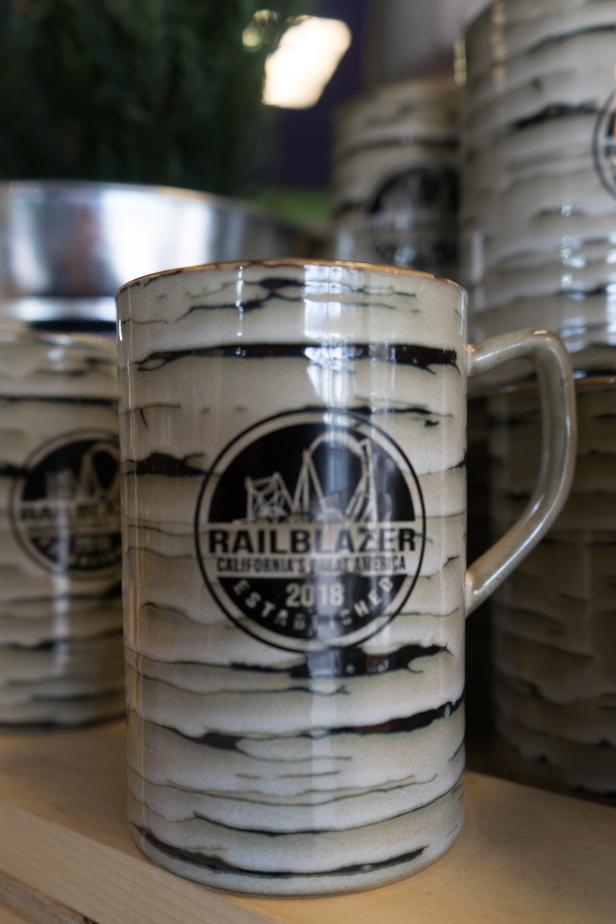 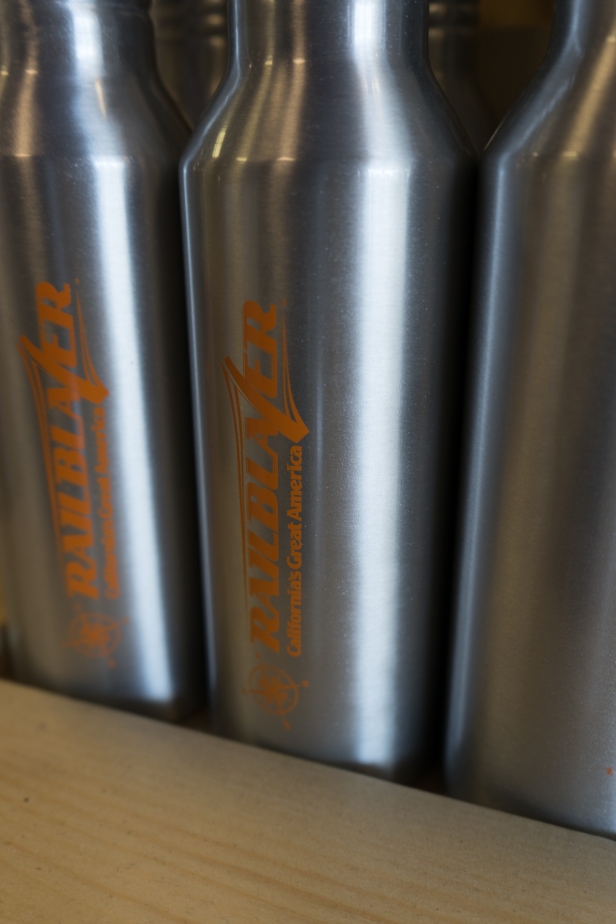 That will be it for this update!  Thank you for reading, and expect an overall park update up in the next few days.