Yesterday, Coaster Demon published an article on Railblazer Construction, and today I am bringing you an overall park update with a lot of stuff going on. 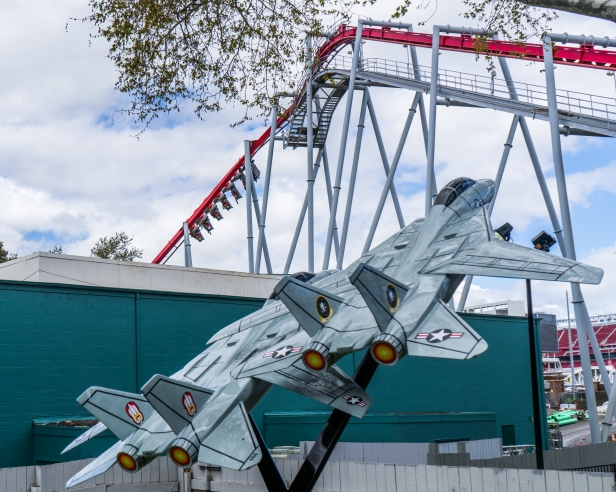 Of course, this weekend was marked by Flight Deck’s 25th Anniversary Celebration, which brought along with it dog tags and increased theming, as the ride ops wore jumpsuits again and Top Gun music was playing in the queue!  There was also a model of the ride outside Theater Royale, where Top Gun was playing on a loop all day. 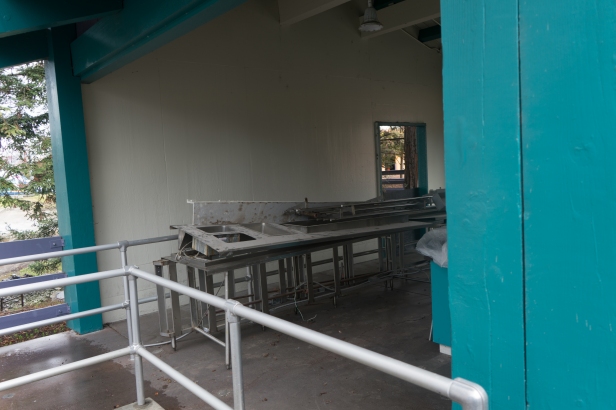 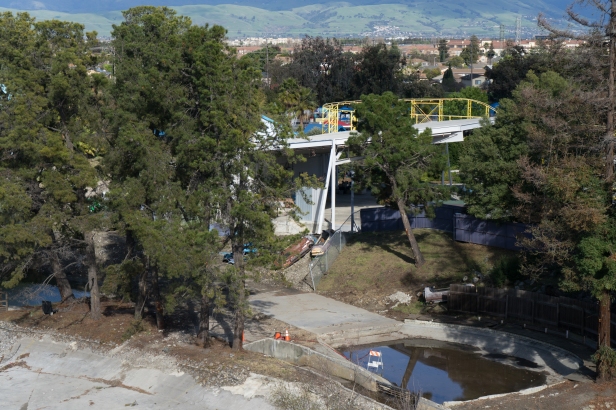 More destruction was going on by Loggers Run, as the ride’s photo station is now starting to be gutted for future developments.  Also, if you look at the last picture, there is some destruction of the Peanuts Amphitheater going on, which will be also be leaving the park soon. Over in part of the section where Snoopy’s Splash Maze used to be is a nice turf area to relax and eat in the heart of Planet Snoopy. Here is a look at the other side of Snoopy’s Splash Maze from above, which has been leveled completely.  This section of Planet Snoopy is cornered off right now, so it will be very interesting to see what happens here in the future. For some reason, Mass Effect New Earth was only running one row, which led to longer lines than usual. 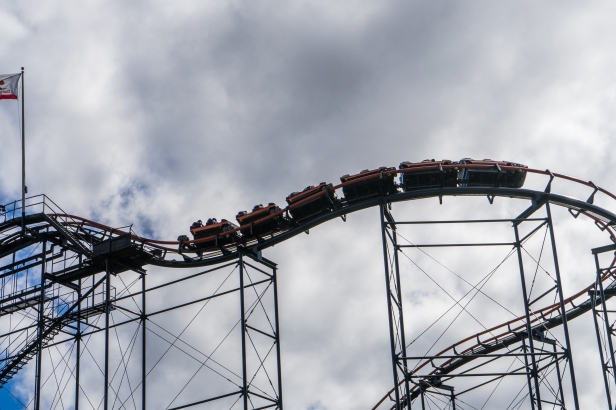 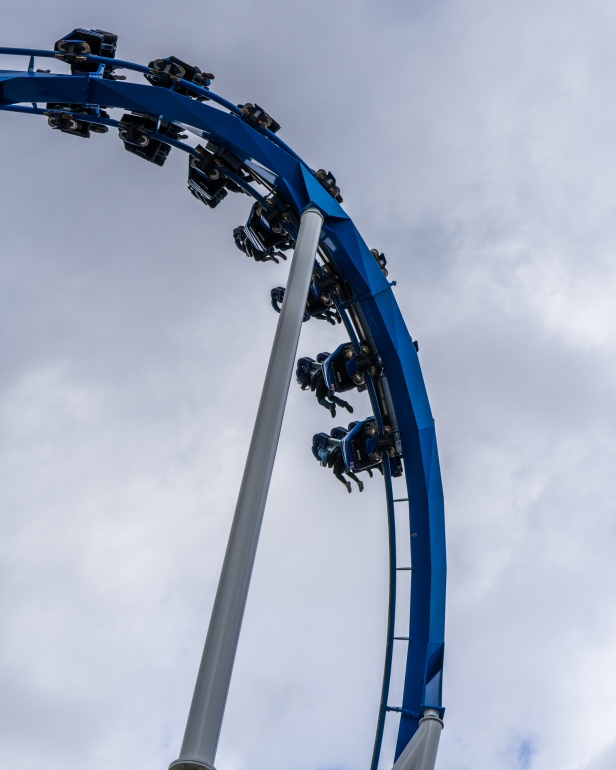 Patriot and Demon were also only running one train, but they both had their second trains on the transfer track and will most likely put those on in the next few weeks. 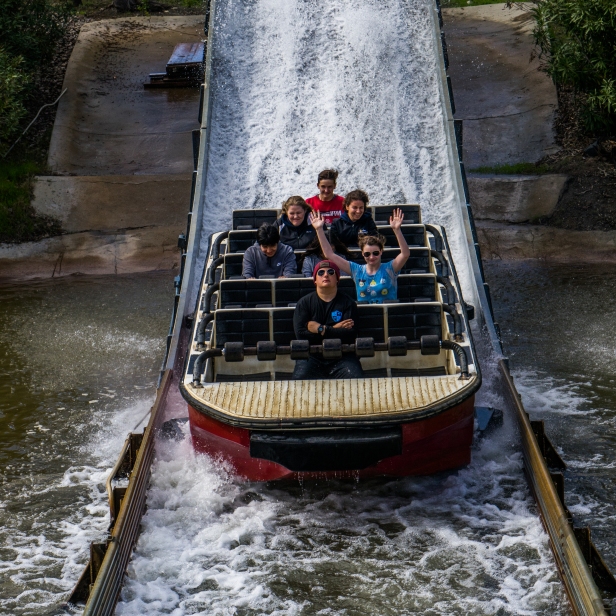 Thank you for checking out this update! Make sure to check out the Railblazer Construction Update if you haven’t already.