Earlier this month, I had the oppurtunity to visit Universal Orlando.  In my last post, I covered Universal’s Islands of Adventure, which you can find here.  This report will be on Universal Studios Florida, and will be different in that I more review the rides and other areas instead of giving updates on the park.  With that said, let’s get started with this trip report.

Transformers the Ride-3D was my favorite ride at Universal Studios Florida!  I feel like this one is slightly superior to the version at Universal Studios Hollywood, in that the queue feels better done and the real sets do a fantastic job of covering up the backstage area of the ride.  I still prefer The Amazing Adventures of Spider-Man over at Universal’s Islands of Adventure, but Transformers does an amazing job at what it tries to accomplish.

SPOILER ALERT!  To avoid any spoilers for Revenge of the Mummy, just skip to the picture of the dragon in Diagon Alley.

Revenge of the Mummy is, of course, a coaster known for its fantastic dark ride sequences.  The real world props and animatronics are amazing, and the scene where there is a fake station is absolutely killer.

However, Revenge of the Mummy surprised me in how good the coaster sections of the ride were.  First of all, the uphill launch, while not being as powerful as The Incredible Hulk Coaster, is a lot of fun and works well when you launch through Imhotep’s mouth.  The drop after this launch gives a strong pump of ejector airtime, and the coaster section following is a lot of fun.  This is when the ride goes through the fake station, and down another drop which gives great airtime in the back row.  Overall, Revenge of the Mummy is a great coaster with fantastic dark ride sections that I hope never leaves Universal Studios Florida.

Harry Potter and the Escape from Gringotts was a fantastic ride with some small coaster segments and a good blend between screens and some sets.  Sometimes I could see the edges of the screens and a spot which you could see the car would go through, but it was still a fantastic ride.  I like the pre-ride elements of riding the elevator for immersion, but I feel like they should also have a segment which goes up after the ride to really immerse you in the ride.

I also rode the Hogwarts Express from King’s Cross station to Hogsmeade station at Island’s of Adventure.  I liked how there was stuff going on while transporting from one park to another, and theming in the train was actually quite good.

Men in Black Alien Attack was a pretty cool shooting dark ride.  This ride definitely has the most amount of animatronics at Universal Orlando, and they use them well.  I also like how the second row of the cars is raised a lot so people in that row can see everything going on. 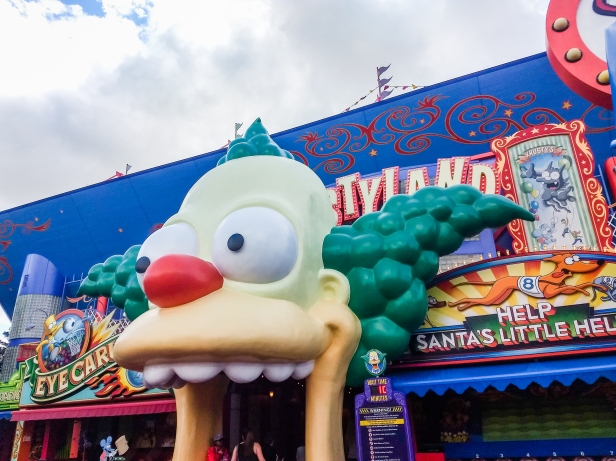 The Simpsons Ride is a very okay dark ride.  It has a lot of humorous jokes in it, but I didn’t like how rounded the screen looked from the edge car, which was where I was seated for both of my rides.  I also felt like the ride ops kind of rushed people through the preshows, but anything that helps capacity has my stamp of approval.

Finally, the most well known attraction at Universal Studios Florida, Hollywood Rip, Ride, Rockit.  I love the idea of listening to music of your own choice (I personally chose Sabotage from the Beastie Boys and Paralyzer from Finger Eleven for my two rides), and the seats do a good job of blocking out everybody else’s music.  However, the ride itself is quite bumpy, even if the layout has potential.  I personally want to see Premier Rides or the original manufacturer Maurer A.G. come in and completely rebuild the track, like Universal recently did on The Incredible Hulk Coaster right next door. 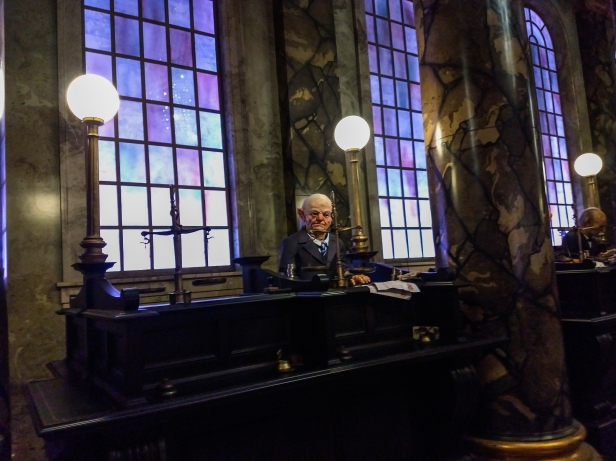 That will do it for this trip report.  Thank you for checking out this article!